Read the latest blogs from RGC and IIC Partners

Executive leaders, take note. The number one skill that companies and Boards of Directors seek in senior executives is the ability to motivate and lead others, according to a survey of 1,270 business leaders from around the world by IIC Partners, one of the top 10 executive search organizations globally.

By a margin of 3:1, 68 percent of top leaders said they preferred a senior executive who could motivate and inspire others more than they desired an executive who consistently performed well (mentioned by 26 percent).

“The price of entry to the corner office remains competency,” said Paul Dinte, chairman of IIC Partners. “But once there, a leader’s success is more about inspiring and motivating others to perform, rather than what he or she does individually.

“The emerging snapshot of today’s most valued senior executive is not just that of a talented practitioner. Rather, this sought-after executive is very ‘other-directed’ and excels at harnessing the power of others through leadership and inspiration.”

Organizations are increasingly seeking to build senior executive teams that include external candidates rather than only internally groomed talent. The average Senior Executive Team is made up of:

“The trend of hiring from the outside has been going on for a while,” said Dinte. “Global trends in talent management indicate that companies are investing more in grooming internal leaders, and they are doing a better job of onboarding the executives they hire from the outside.”

Companies that were more likely to rely heavily on internal, rather than external, talent were those with fewer than 500 employees, energy and utility companies, and financial services firms.

Organizations around the world have different expectations of how long a senior executive will remain with an organization, but the average is seven years. In the Americas, the expectation was slightly longer (7.9 years), while in Asia-Pacific, it was shorter (5.9 years).

Length of service also differed by industry. Professional services tend to retain senior executives the longest (8.1 years), while the pharmaceutical (5.7 years) and consumer products (6.1 years) industries hold them for shorter periods of time.

“Corporate expectations for length of service may have to be managed when Gen-X employees reach the C-suite, given how much more frequently they tend to change jobs,” noted Dinte.

Fifty-seven percent of respondents said that gender composition of their senior executive team was either “important” or “very important.”

Those based in EMEA (Europe, Middle East, Africa) rated gender composition more important (62 percent) than the overall global response. Respondents from Asia-Pacific were below the average, with only 48 percent saying gender composition was important to their organization.

A total of 1,270 senior-level executives completed an online survey during a six-week period in late 2013.

IIC Partners (www.iicpartners.com) is one of the top 10 executive search organizations in the world. The network of “Independent International Consultants” is made up of 40 independently owned and managed executive search firms representing 48 offices in 34 countries, all considered to be leaders in the geographic and industry markets they serve. 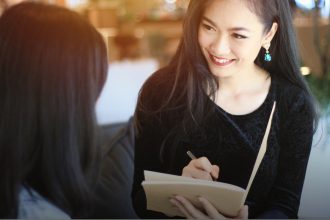 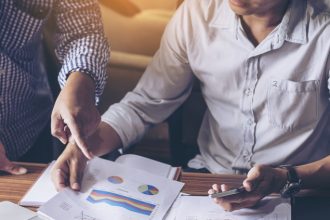 Over 485 consultants in 52 offices across 34 countries.

Visit IIC Partners
We use cookies on our website to give you the most relevant experience by remembering your preferences and repeat visits. By clicking “Accept”, you consent to the use of ALL the cookies.
Cookie settingsACCEPT
Manage consent

This website uses cookies to improve your experience while you navigate through the website. Out of these, the cookies that are categorized as necessary are stored on your browser as they are essential for the working of basic functionalities of the website. We also use third-party cookies that help us analyze and understand how you use this website. These cookies will be stored in your browser only with your consent. You also have the option to opt-out of these cookies. But opting out of some of these cookies may affect your browsing experience.
Necessary Always Enabled
Necessary cookies are absolutely essential for the website to function properly. This category only includes cookies that ensures basic functionalities and security features of the website. These cookies do not store any personal information.
Non-necessary
Any cookies that may not be particularly necessary for the website to function and is used specifically to collect user personal data via analytics, ads, other embedded contents are termed as non-necessary cookies. It is mandatory to procure user consent prior to running these cookies on your website.
SAVE & ACCEPT